Those who know me, know that I’m a sucker for stand up comedy. I love the idea of paying to get my funny bone tickled leaving behind all the worries and problems in the world behind. UAE has become such a great hub for stand-up shows in the past 2 years. From international comedians like Russel Peters, Vir Das and Trevor Noah to up and coming comics based out of India – UAE has hosted them all.

The latter is particularly becoming a trend here in Dubai and Abu Dhabi  which is obvious since more than 20 Indian comics have performed in the country in the past year! That’s a LOT of comedy!
This has also branched out to entertainment companies specialising in hosting these shows like comic-on nights (a sister firm of Aish outt Productions), Vdesi laughs and Hustle Entertainment. There are other companies which have added comedy as an added division. This has also led to a lot of open mic nights curating some great local talent. The industry is getting some presence in the region.

(P.S heres a little sneak peak of my obsession with stand up comedy) 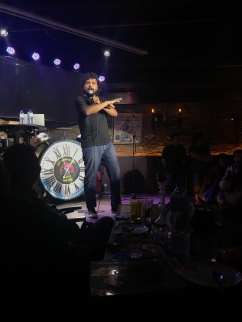 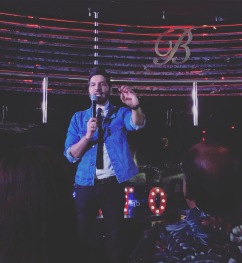 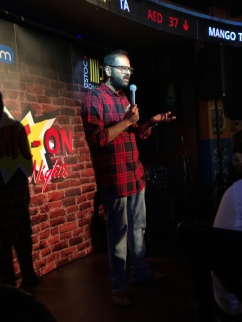 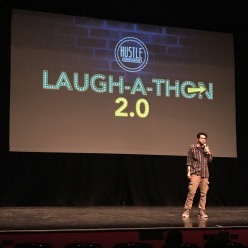 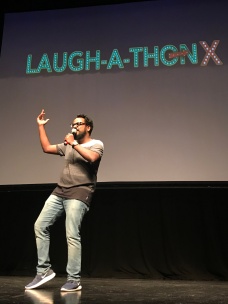 Hustle Entertainment in particular hosts their Laughathon series annually. There are usually multiple shows spread across the middle of the year with one show in each month. This year they kicked of their second season with Abishek Upmanyu’s “Thoda Saaf Bol” special earlier in March. (which was super hilarious btw!)

The second show of the season features the guitar playing boy next door who likes chai and dosas – Kenny Sebastian and Sumukhi Suresh – female comic who is well known for her quirky comebacks in her short segments called Behti Naak. Both comics now have their own web series on Amazon Prime. Kenny Sebastian stars in ‘Die Trying’ where he plays a musician just trying to make it in the music biz with his best bud. Sumukhi Suresh plays a hilarious woman who leaves everything behind to stalk her crush in her award winning series ‘Pushpavalli’

The two brilliant comics perform on 14th April at Hustle Entertainment’s Laughathon 2.0 in DUCTAC, Mall of the Emirates. Tickets are priced from AED 150 and you can buy them here.

You can also win 2 Gold tickets to the show. Simply enter your details below and participate on our Instagram page as well to increase your chances. Winners will be announced and contacted on 11th April 2018.